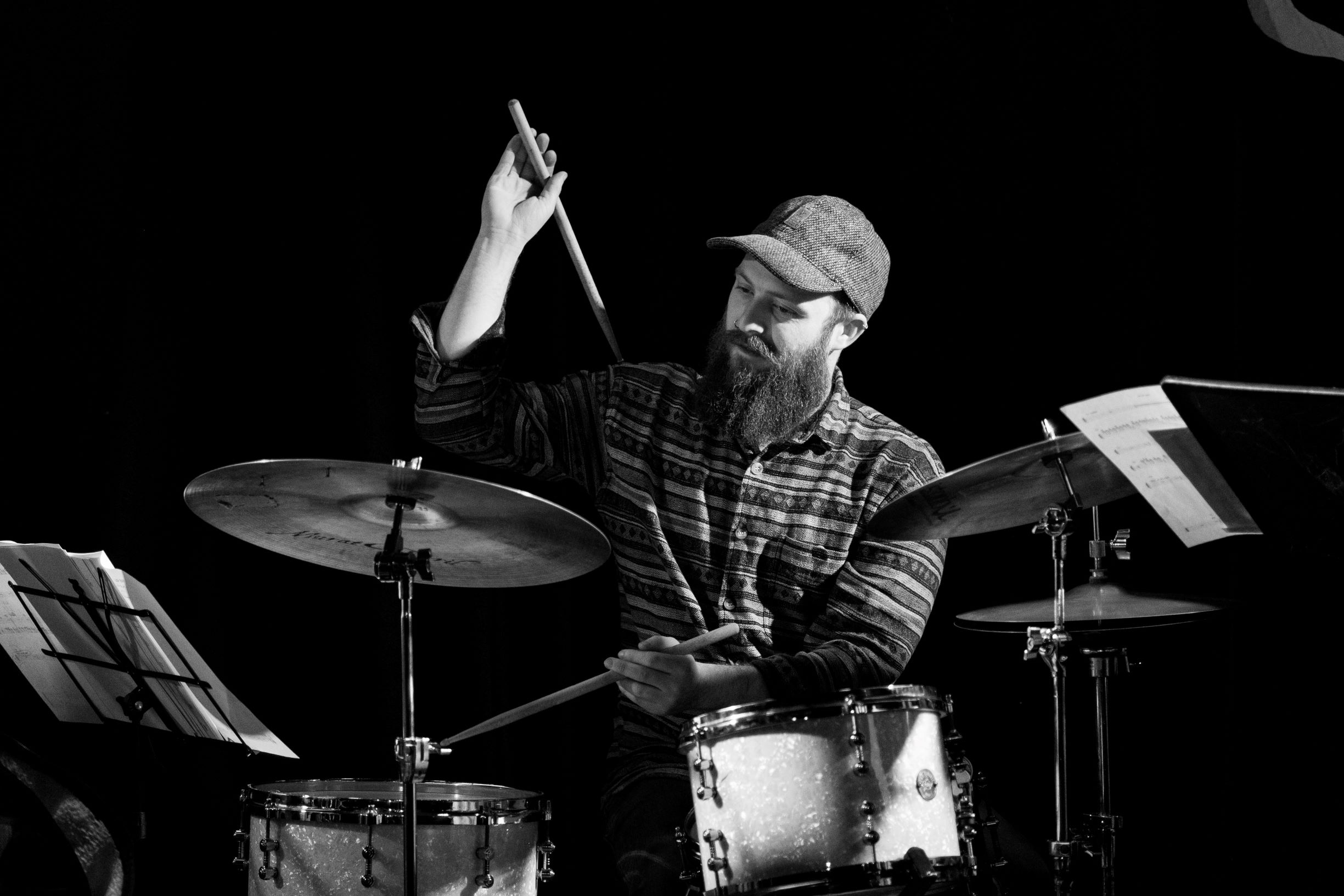 In November 2019 awarded the Developing your creative practice fund, by Arts Council England.

Will was born in Worksop, Nottinghamshire. In 2010 he moved to London to study at the Guildhall School of Music and Drama.

Will also leads his own projects and releases his own music, including two duet albums; one with Saxophonist Matthew Herd and the other with pianist Liam Noble.

His influences draw eclectically from across jazz history, improvised music and anywhere else, from Baby Dodds to Milford Greaves, Max Roach to Paul Motian, Roy Haynes to Joey Baron or Ed Blackwell to John Bonham. Will can be heard playing anything from traditional Jazz, in straight ahead settings to improvised music or avant rock.

In September 2018 Will started teaching on the Jazz course at The Guildhall School of Music.

“Being a musician allows me to experience different ways of living. I’ve experienced fast paced lifestyles; travelling, seeing new places, meeting new people and tackling new problems. These days I have more teaching and a routine I can have more time at home to cultivate my own projects and explore new things like exercise, meditation or even the city I live in. There’s a freedom to being a musician that allows you to explore life.”.

I attended the summer school just before moving to London to study Jazz. I had the pleasure of attending the Royal Academy of music’s Junior Jazz course for two years previous where I met many like minded musicians, but the summer school was so much larger. I met so many musicians there that I still play with and admire today. Alex Hitchcock, Nubya Garcia, Rosy Turton, Mark Lewandowski, Artie Ziatz are just a few that spring to mind.

My tutor for the week was Liam Noble and I wouldn’t have believed you if you told me we’d be playing together ten years later. It’s not just the memories I have of that week, but lasting relationships. There’s music I found out about on the course that is still some of my favourite music today. It’s amazing how much of an effect a few days can have”.