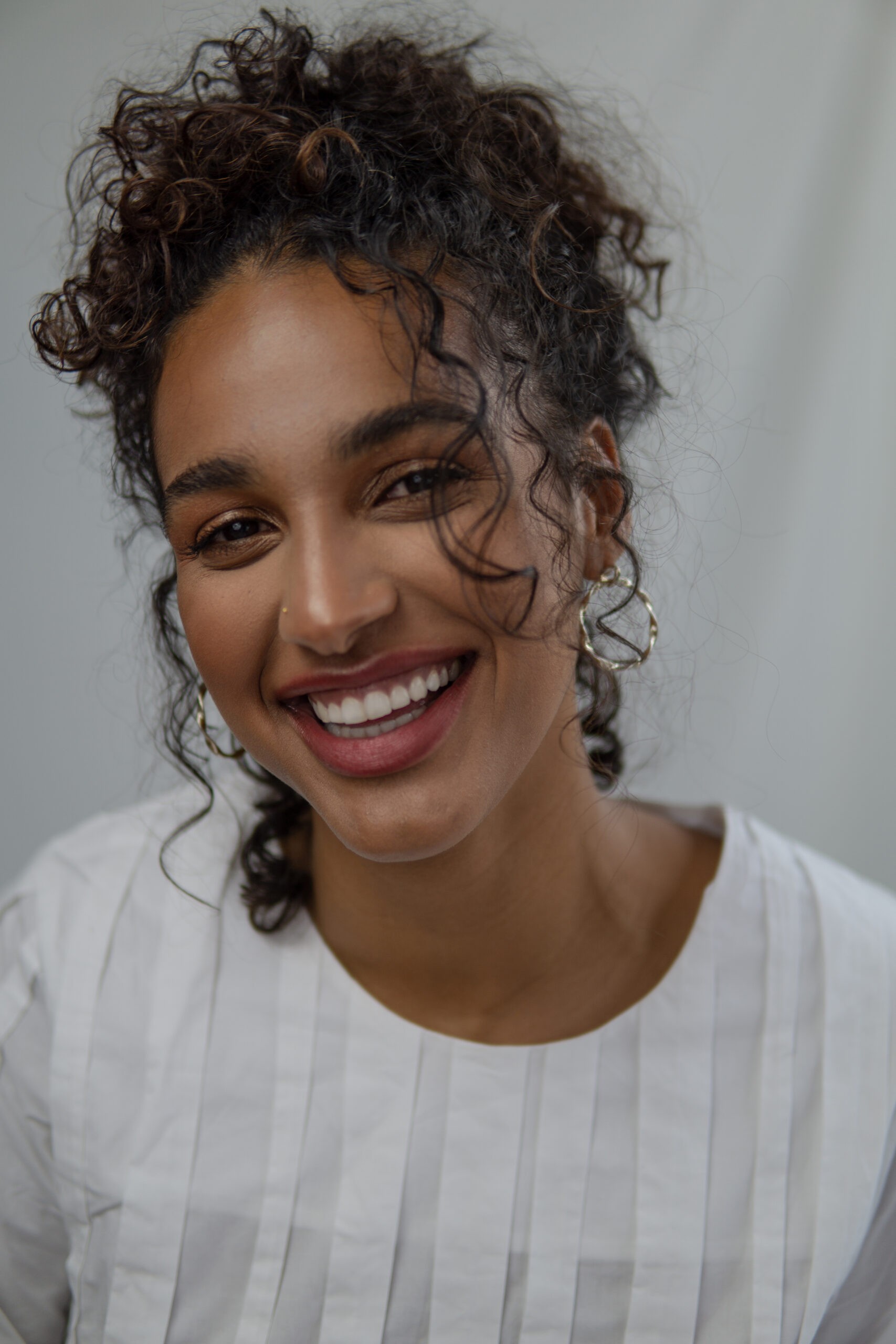 Winner of the Musicians’ Company Young Jazz Musician Award 2019, Vocalist Sahra Gure is already pipped by Jazzwise as ‘one to watch in 2020’.
Born in Berlin to German/Somali parents and raised in Norwich Sahra moved to London in 2015 after receiving a scholarship to study Jazz Voice at Trinity Laban Conservatoire of Music and Dance.

After delving into the London Music Scene and featuring in various projects such as Ashley Henry’s Trio, Dele Sosimi’s Afrobeat Orchestra and Orphy Robinson’s Astral Weeks project. Sahra began developing her own unique sound blending Jazz, Soul, Reggae and more of the many genre’s of music London has to offer.

“We have Reggae! The summer is coming and I’ve drawn out all my Reggae Vinyl. From Lover’s Rock to Dub I am dancing my way through this lockdown. Check ‘Humanity’ by The Royal Rasses for some Sunshine”.

Music is nothing without community. Where and when you find it is unknown but through organisations like NYJC you have a far greater chance of finding your musical tribe sooner. I met many faces in my time at NYJC and those are people that have crept up again and again throughout my musical life so far. It’s these friendly faces that make this musical journey far less intimidating”.