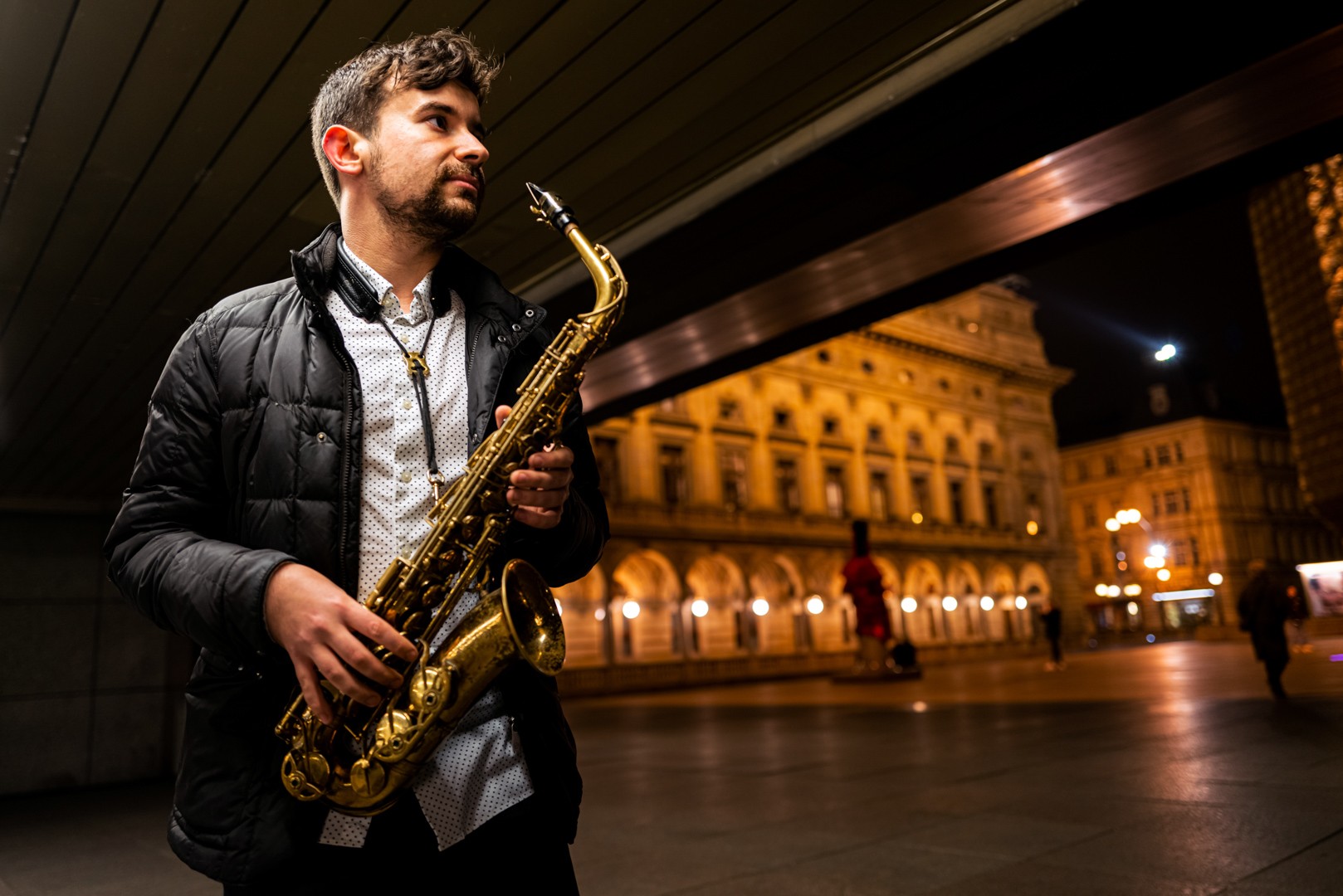 Tom Smith is a London based saxophonist and composer. Twice finalist of the BBC Young Jazz Musician in 2014 and 2016, he completed his studies at the Royal Academy of Music in 2018, and is preparing to release his first album with his trio Gecko, which won the Peter Whittingham Development Award in 2018.

Alongside Gecko, Tom runs a number of bands including a quartet, septet and his LGBTQI+ band Queertet, which sold out two headline shows at Ronnie Scott’s in 2018 for their first ever Pride in London celebration, with signer Ian Shaw and comedian Julian Clary. He has led bands and brought his music to festivals and venues all around the country as well as internationally, and can be heard in bands such as the Patchwork Jazz Orchestra, Jonny Mansfield’s Elftet and Joe Hill’s North Ark, and he has appeared with Gareth Lockrane’s Big Band, Callum Gourlay’s Big Band and Resolution 88. He was also picked to be part of the Generations Big Band in 2018, with whom he spent a week with Grammy Award Winner Maria Schneider in Switerland.

“I love the creative freedom music gives me, I get such joy out of any kind of musical work that I’m constantly enjoying finding my way through the profession. I particularly love there’s no end to what one can learn and study, I will always be striving to push myself to be the best I can be, and if I wasn’t a musician I know I’d miss out on this feeling.”.

NYJC was always the place to be if you wanted to surround yourself with the most passionate musicians of your age, taking part in the summer course was a highlight of the year every year as I got to hang out with loads of incredible people who all shared my passion and love for music. I made lots of long lasting friendships and each time I came back I met more and more people.

The tutors involved were magnificent, they always pulled the best out of me. The teaching was never patronising, if you were willing to work for it they were willing to give you everything they had, and their performances throughout the week really inspired me and reminded me of what I loved most about music”.