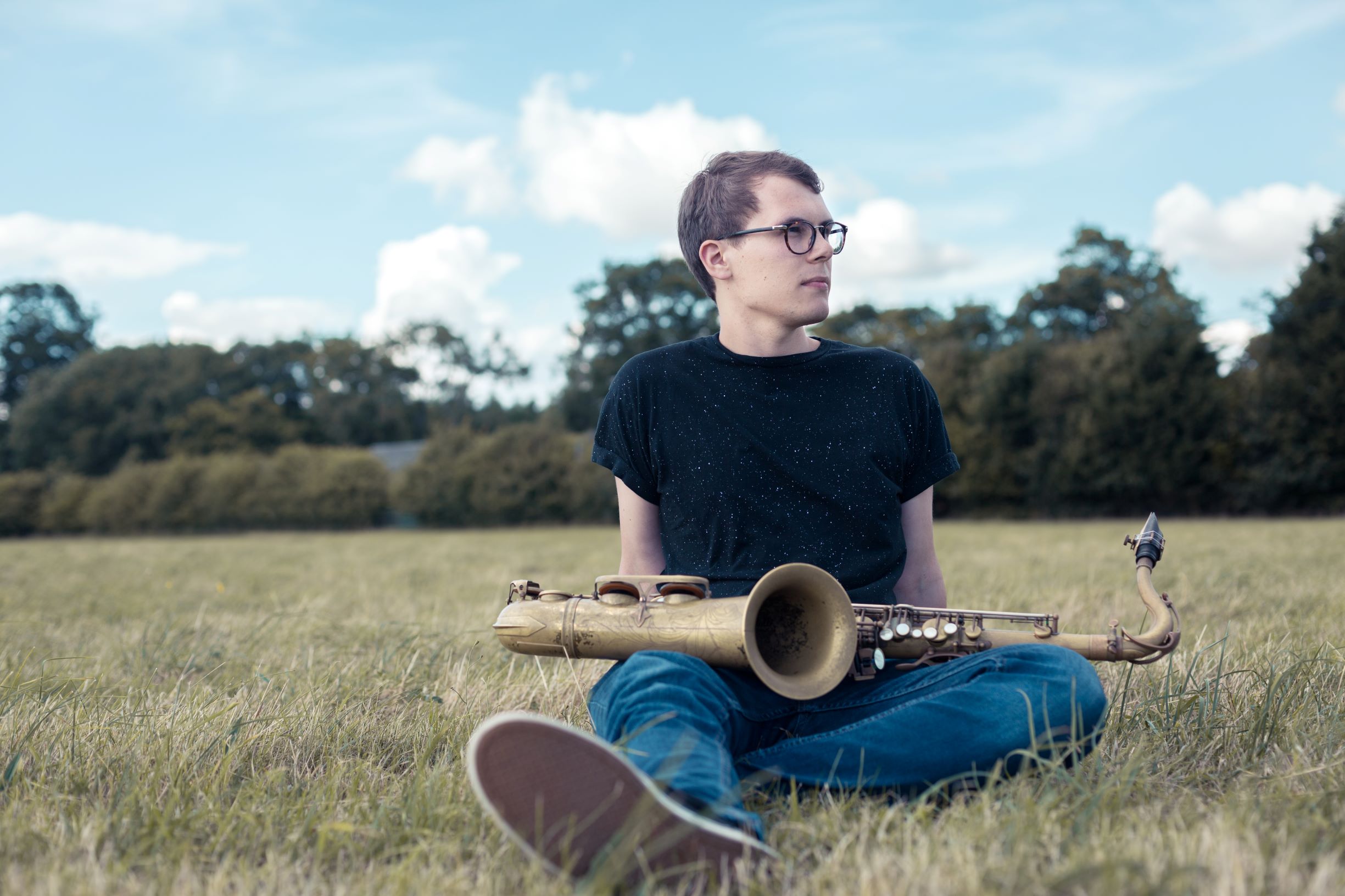 Tom was raised in a musical family and grew up surrounded by music, from Frank Sinatra to Louis Armstrong. He started the saxophone at the age of 9 but it wasn’t until a few years later that Will Osborne’s inspiring lessons led Tom to a specific interest in Jazz.

Tom attended several NYJC summer schools as a teenager and joined the Junior Jazz Course at the Royal Academy of Music before going on to gain a scholarship place on the Undergraduate Jazz Programme at the Academy in 2013 earning a First Class Hons degree in 2017. During his time at the Academy, Tom slowly become recognised as one of the most exciting young players emerging on the scene. Tom went on to to win the 2017 Kenny Wheeler Prize and released his debut album BLOOMER on Edition Records back in 2018.

” I am currently enjoying having time to properly practise the piano. It’s something I’ve always wanted to do but never had the time for. I’m also enjoying the later stages of releasing a debut album with the band AuB. That involves single releases, album artwork, PR etc which gives me something else to think about during the lockdown.“

I had such an invaluable experience on the NYJC summer schools. They were my first introduction to other people my age who wanted to take jazz seriously. Funnily enough I’ve ended up working a lot with people I attended the NYJC summer schools with so looking back it was great for connections and musical friendships! My most fond memory was probably being taught the Kenny Wheeler song “Enowena” by the incredible Nikki Iles in an ensemble class. It really was a demo of what musical college would be like and gave me the tools I need to go on to be a jazz musician”.