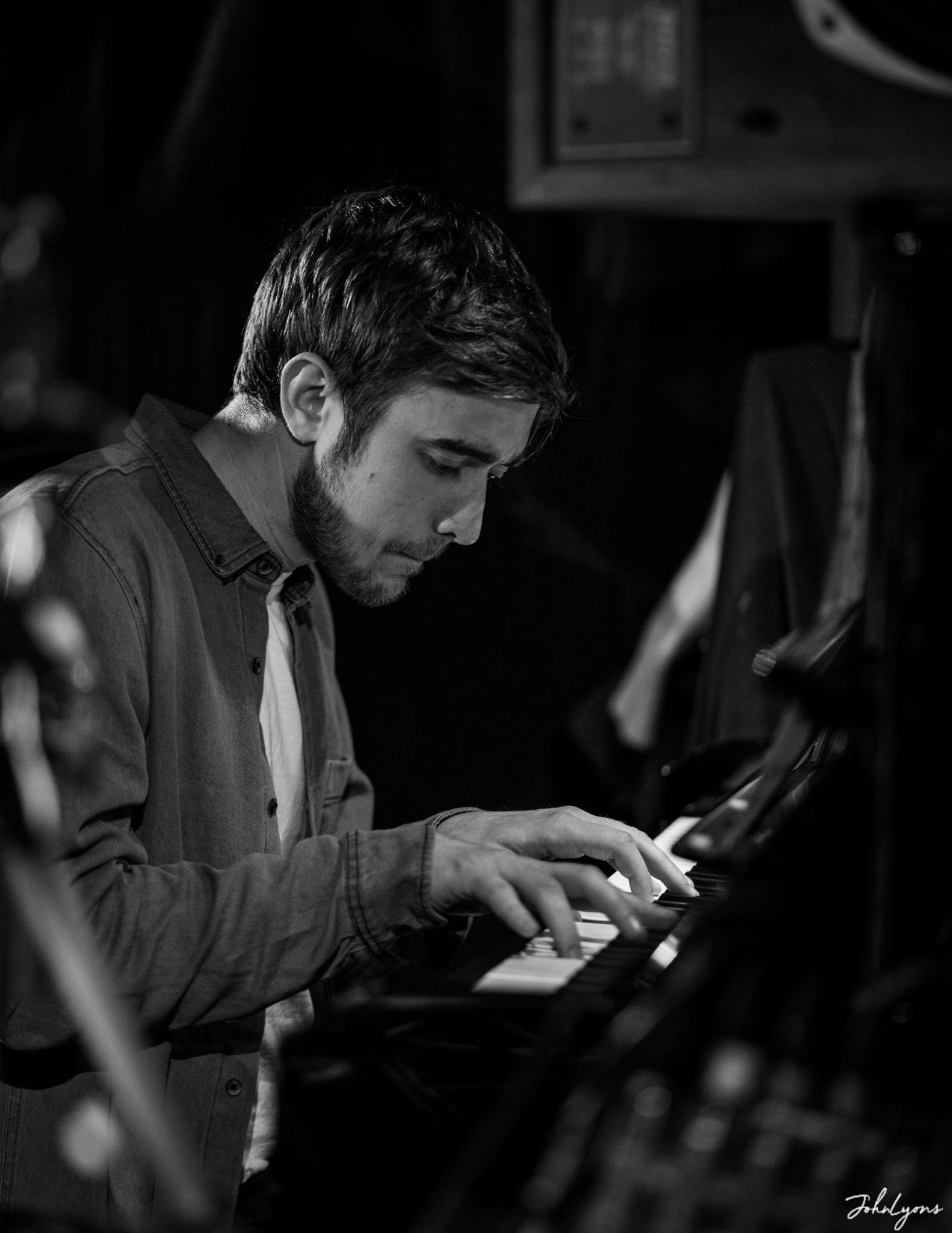 From 2017-2021, Matt studied jazz piano at The Royal Academy of Music. During that time Matt was involved in some incredible projects, including: A big band project with Chris Potter and Dave Holland; a big band project playing the music of Steely Dan, featuring Hamish Stuart; a small band project run by Laurence Cottle and a symphonic brass project run by Mike Lovett. He studied piano with Nikki Iles, Tom Cawley and Gwilym Simcock, and studied composition with Pete Churchill.

Matt has performed with soul singers Joss Stone, Mica Paris, Beverley Knight and Angelo Starr. Highlights with Joss Stone included a TV performance on the Alan Titchmarsh Show and a performance at European Parliament in Brussels. He also recorded a duet with Joss on the track ‘Free Me 2017,’ which was recorded for UBS for international women’s day.

He has performed all over the country at numerous jazz festivals and venues with The Ashton Jones Project including Cambridge Jazz festival, Cheltenham Jazz Festival, The Pizza Express Holborn, Kansas Smitty’s and Port Eliot Festival to name a few. The band supported ‘Incognito’ on their Cheltenham Jazz Festival gig, and has performed live on BBC Suffolk as part of their BBC introducing sessions.

A highlight of Matt’s own creative endeavours recently was organising a short 7 day tour in the summer of 2019 with his septet. The band played at venues all over the South West of England, and received some outstanding reviews. The music was a combination of Matt’s arrangements of American songbook tunes, and original compositions.

I love being a musician because playing music is a chance to take your mind away from the stresses of everyday life. It’s kind of a therapy for me, and I’m lucky to be able to earn a living from doing it. One thing the pandemic did is it took away the pressures of being a musician, and I found myself just playing music purely for the love of it again.

NYJC was a great opportunity to meet young musicians from all over the country and also learn from some of the best teachers around. When I did it in 2012, we had Dave Holland walking around and playing in our different ensembles. He also gave us a solo bass concert which was incredible. It was the first real opportunity I had to meet some of the best young jazz musicians in the country, and it gave me some perspective on my own playing. I didn’t really know what was what because I was slightly tucked away living in Exeter in South West England.