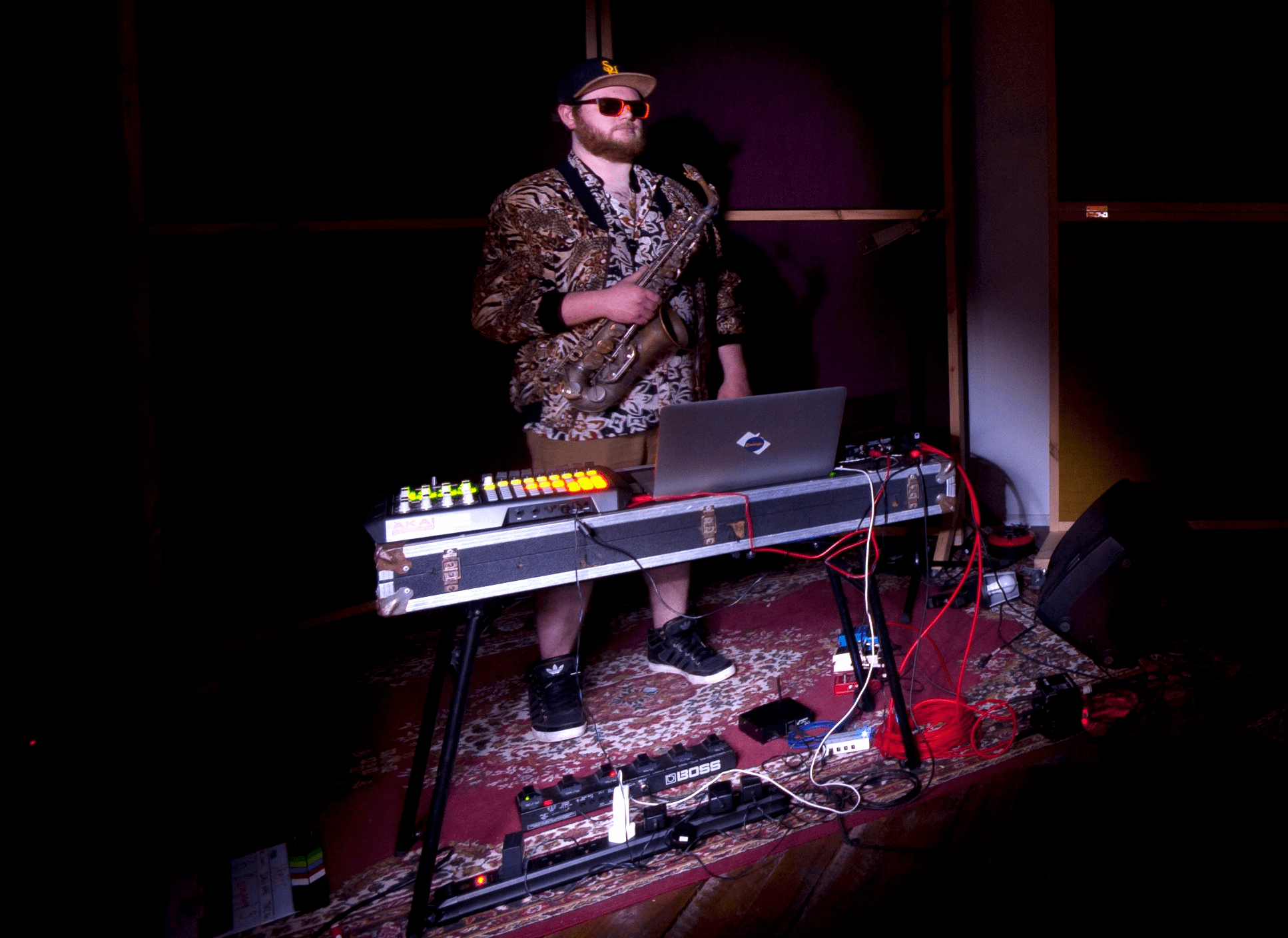 Sam completed a classical performance degree on saxophone at Royal Northern College of Music and became a fellow of the Royal Schools of Music, before joining Beats&Pieces Big band as Alto 1.  He spent 6 years touring Europe with them, at the same time playing Soprano sax for Ensemble Denada in Norway.

As a soloist he has shared the stage with some wonderful people including Marcus Miller, Kenny Wheeler, Liane Carroll, Chris Potter and more, learning so much from each of them.

A few years ago he created a duo, SKeltr. They released an album and performed lots  European gigs and toured with a band called Knower from LA. They have also been commissioned  to write pieces.

” I enjoy composing a lot. Writing for certain people, or writing about a feeling – Always stay near a piano and a recording device!

The freedom of good musicianship is a rewarding experience and requires regular upkeep of technique, so I enjoy spending time practising the fundamentals on saxophone.

Finally, I am really enjoying working with some talented individuals and I look forward to showing the world the results of our collective hard work.“

A radio presenter was at the residential course and commented that nobody wants to hear jazz from people in old woollen jumpers. So we went and bought lots of woollen jumpers and did the final concert in them! It was very hot on stage!!……To be serious for a moment, I’m still friends with, and work with, the people I met on NYJC 12 years ago and the experience of music making in that environment is still with me to this day”.