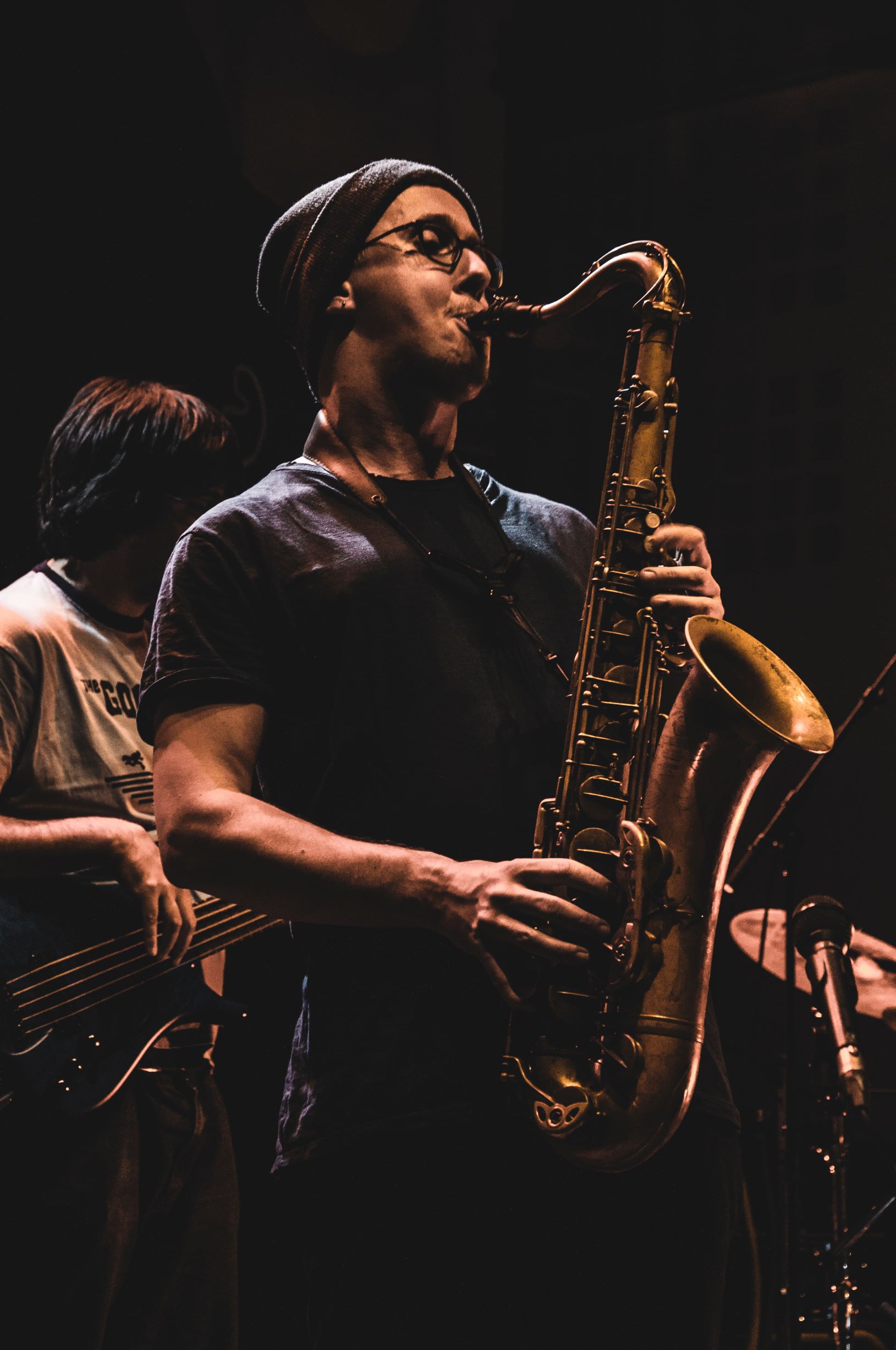 London-born Alex Hitchcock is an award-winning saxophonist and composer. His group AuB, which releases its first album on Edition Records in 2020, was described as ‘ready to make cataclysmic waves in the sound of UK jazz’ by Jazzwise.

His quintet’s critically acclaimed 2018 release ‘All Good Things’ on Barcelona-based label Fresh Sound New Talent (home to debuts by artists including Ambrose Akinmusire and Avishai Cohen) was described by All About Jazz as ‘an exquisitely subtle collection of tunes… the clearest indicator to date of the stratospheric trajectory on which this super-talented quintet is indubitably heading’.

Larger ensemble work includes the Royal Philharmonic Concert Orchestra at the O2 Arena, the BBC Big Band and the Laurence Cottle Big Band. Live and studio recording ranges from work with Channel 4 and the BBC to Spanish and Egyptian national television. His original compositions have received airplay on BBC Radio and JazzFM in the UK, and internationally on France Musique and Spanish RTVE.

“There are lots of things to enjoy – getting to work with inspiring people and spending time in other countries are maybe my top two! As well as leading my own bands, playing in lots of different projects and learning about all the composers’ individual styles of music is a constant source of motivation. You get to play lots of beautiful music but it’s the variety that keeps it interesting!”

It was the first time I’d ever been able to focus on music exclusively for a longer period of time, which was a really big deal for me and solidified the decision that I wanted to make a career as a musician. The amount of amazing musicians, both students and teachers, in the same place was really inspiring. We got to work with the great drummer John Hollenbeck, and playing tunes like John’s ‘Flock’ or Terry Riley’s ‘In C’ where even the structure was improvised was eye-opening – I’d never got to play anything like that before. I co-lead a project, AuB, with Tom Barford, who I met for the first time on the 2010 summer school!”