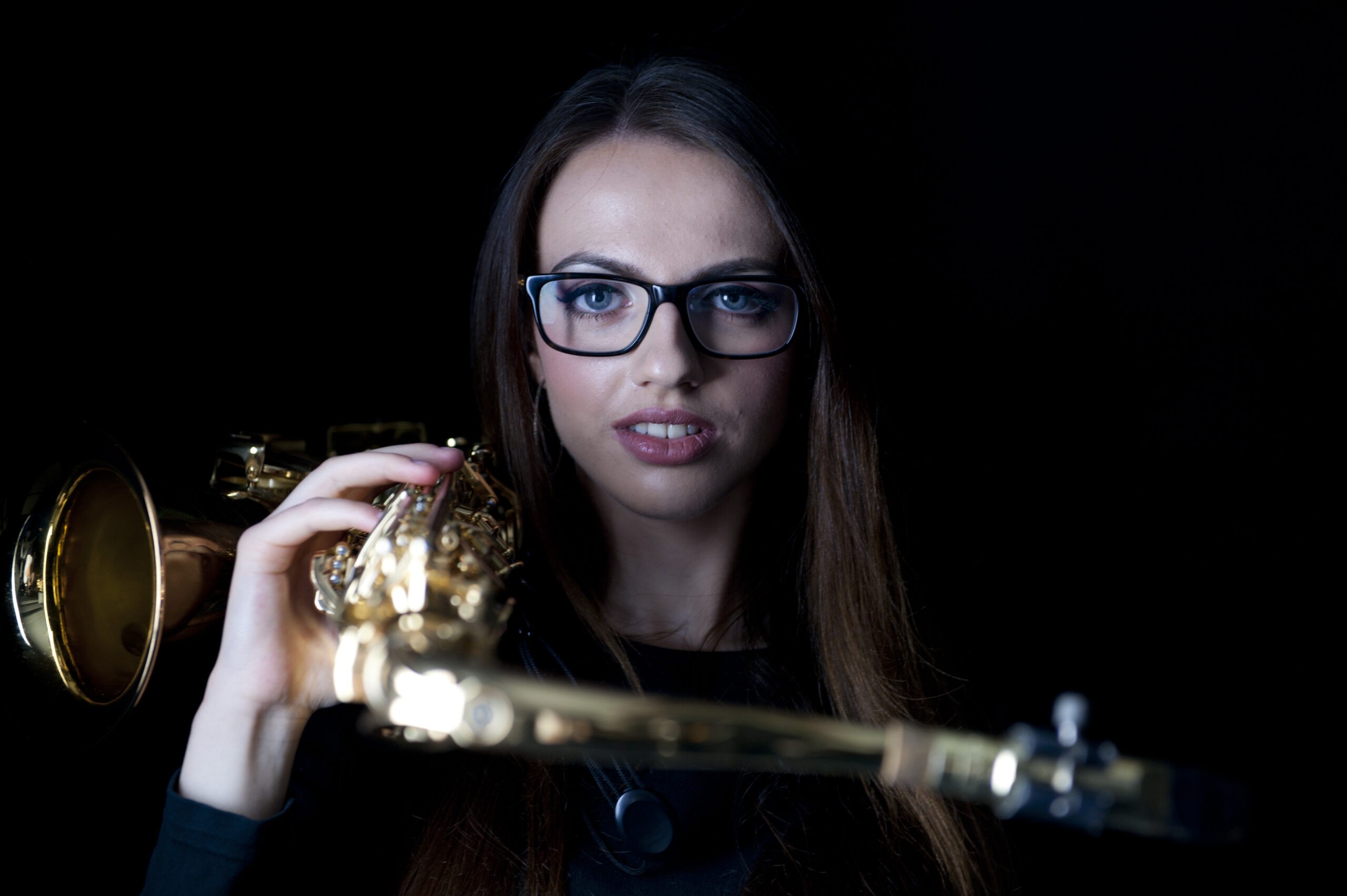 Alex is known to be one of the most in-demand and versatile reeds players emerging on the British jazz scene.

Praised for her extensive repertoire list and intelligent ear for harmony, she brings an open-minded, intuitive approach that sounds authentic in a variety of musical settings from New Orleans to bebop. Alex’s sound is steeped in the tradition of jazz; her deep respect for the heritage of the music can be heard in her swinging, melodic approach which is inspired by the likes of Phil Woods and Cannonball Adderley.

As well as leading her own bands, The Alex Clarke Hot Five (New Orleans) and Alex Clarke Quartet (straight-ahead), Alex has performed alongside many notable names such as Gilad Atzmon, Greg Abate, Bruce Adams and Art Themen.

Alex studied at The Royal Birmingham Conservatoire in 2018, but left at the end of the year to focus on teaching and performing. She now juggles her freelance career with a full-time job at Warwick School, where she has worked since September 2019 as their Music Assistant.

I arrived at Summer School for the first time expecting to feel intimidated by the talent of the fellow young musicians, but instead I was greeted with such a friendly, inclusive atmosphere where all styles were respected. This totally non-competitive environment inspires really creative music-making where there is the freedom and space to experiment and push yourself musically, and the timetable is the perfect balance between structured learning, informal jam sessions and socialising.

For me it is this judgement-free environment – not to mention the camaraderie between the tutors and young players – that has made my experience so enjoyable and fulfilling, and I have forged so many contacts and friendships through NYJC that have stood me in good stead when entering the music profession.