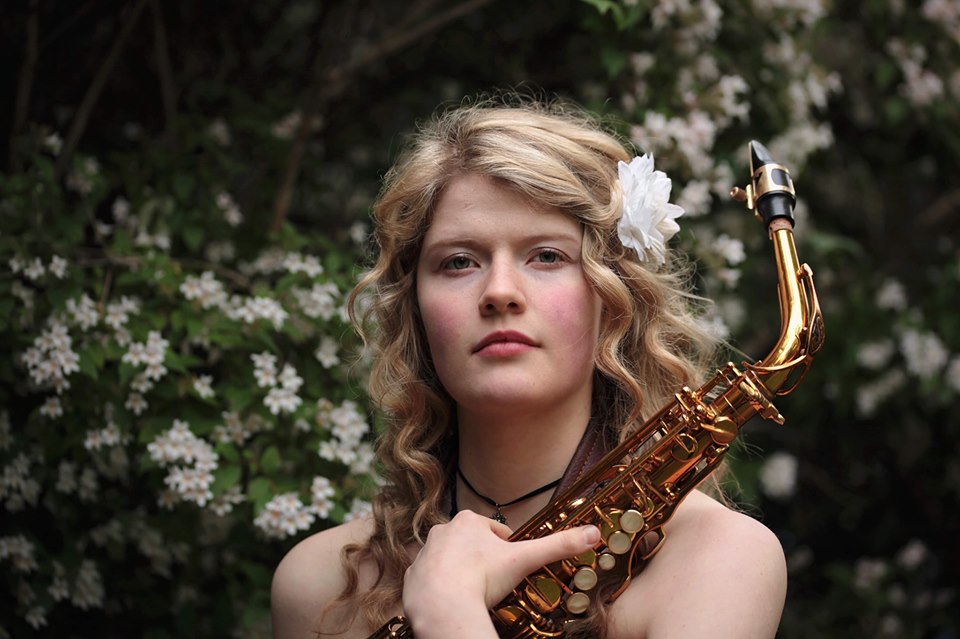 Asha Parkinson is a London-based composer and saxophonist whose work regularly crosses the boundaries between traditions. She was twice semi-finalist in the BBC Young Jazz Musician competition and was shortlisted in the 2016 BBC Inspire Composers Competition. Additionally, she was one of 20 young people internationally to win Diana Legacy Award for her humanitarian initiative Voices Beyond Divisions. Asha runs the Kalpadruma collective exploring connections between Contemporary Classical, Jazz and various World music traditions. In its third year, the group has played at a number of high-profile venues including the London Jazz Festival, the Jazz Sevens Leeds series and the Union Chapel. Their debut album “Onwards” is scheduled for release in 2021. Asha’s compositional style brings together a wide range of influences, ranging from Arabic maqam, flamenco compas, Indian tala to the modal polyphony of the Notre Dame School and Olivier Messaien.

“I love having the contacts and space in my final year at Guildhall to be able to make all my musical imaginings happen. These include working with Syrian musicians, Indian musicians writing for large exciting forces and reaching out to communities.

As terrible as Lockdown has been, staying at home has given me the chance to re-acquaint myself with all my important influences including Coleman Hawkins, Stan Getz and Charles Mingus.”

I loved meeting other young people interested in and fired up by Jazz/ improvising music in the environment of the non-competitive, leisured Kings Place Sundays. Creative Leadership Ensemble gave me the opportunity to develop my compositional craft in a beautiful, inspiring location of Leiston Abbey.  The workshops were initially workshop weekends so we had the opportunity to get to know tutors such as Laura Jurd and Nikki Iles and feel supported. It felt inspiring to perform the music we had worked on collectively in CLE at various venues and festivals across the country. My favourite venue was “The Crumblin Cookie” in Leicester where we gigged the music for the first time to a fantastic audience reception. It remains one of my favourite performance memories. Every NYJC Summer School was something I would look forward to throughout the year. I always left absolutely buzzing from the week! around me”